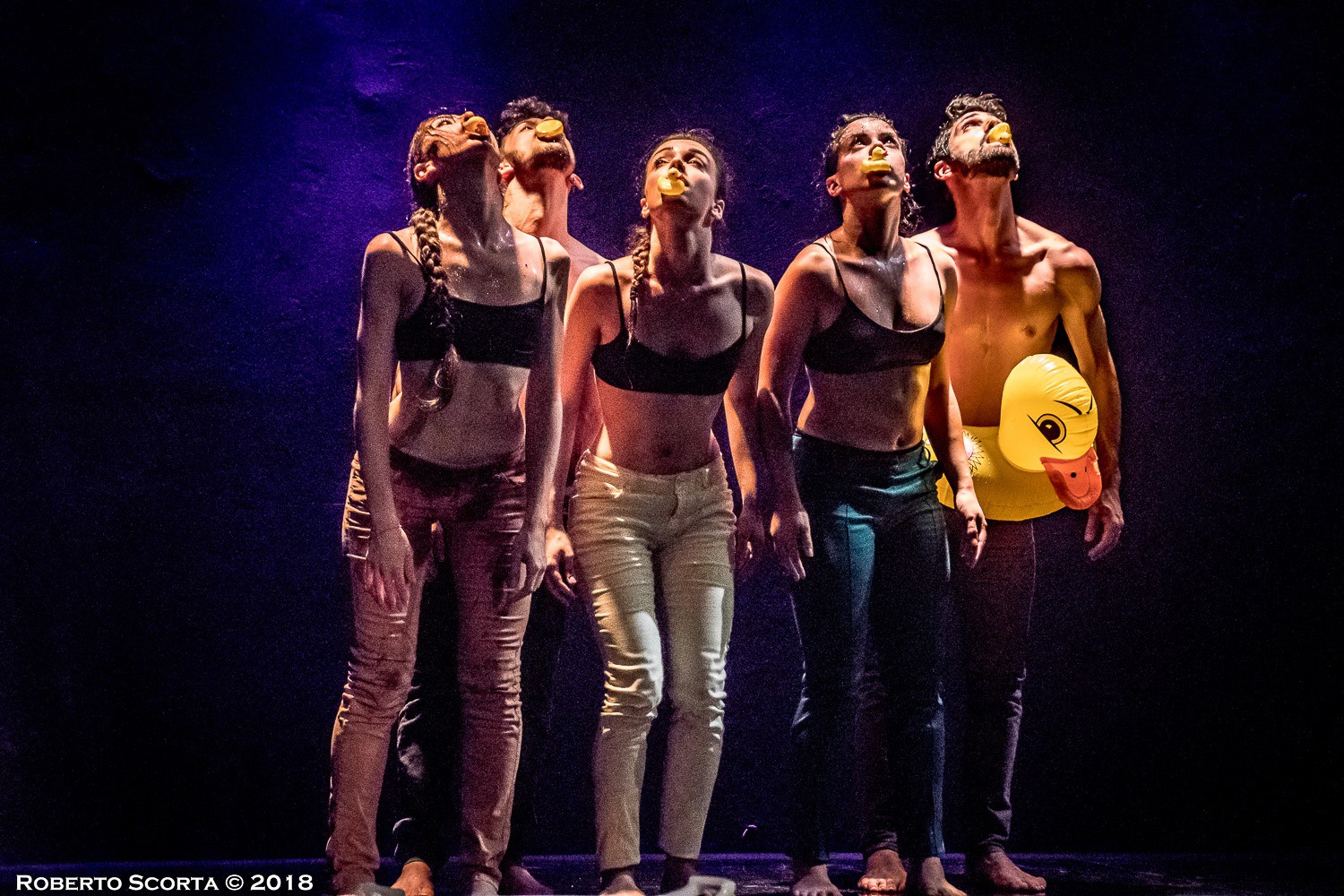 Imprinting is a special kind of learning by exposure, present in different forms and degrees in all vertebrates. It serves to fix a stable memory of the visual characteristics of the individuals from whom one will be bred.The word “imprinting” comes from the English “imprint” and was coined by Konrad Lorenz to define a particular mode of learning that can occur only in the first few hours (within about 36 hours) after birth. It remains linked both to the information the new born receives from the outside world and to genetic predisposition, with a kind of “window” of time during which his nervous system is sensitive to “imprinting” the image of the parent or whoever is recognized as such.

Everytime we allow ourselves to be reborn a new imprinting captures us. An irreversible experience. The dance recounts precisely that temporal “window” as a dreamlike journey in which the bodies have no precise identity and move in that temporal dimension that follows no logical or chronological order, immersed in a surreal atmosphere. A journey that begins with a birth, and proceeds in a time lapse capable of creating ephemeral images and fleeting sensations. The performance awakens our sensory imprints to transport the performer and those who follow him or her into a sensitive phase, capable of being able to print in their own way of experiencing images sounds contacts and movements. The ability to create sequel bonds and the willingness to expose oneself are the fundamental concepts of an evolving work. Exposing oneself will never be the same again.

This site uses Akismet to reduce spam. Learn how your comment data is processed.